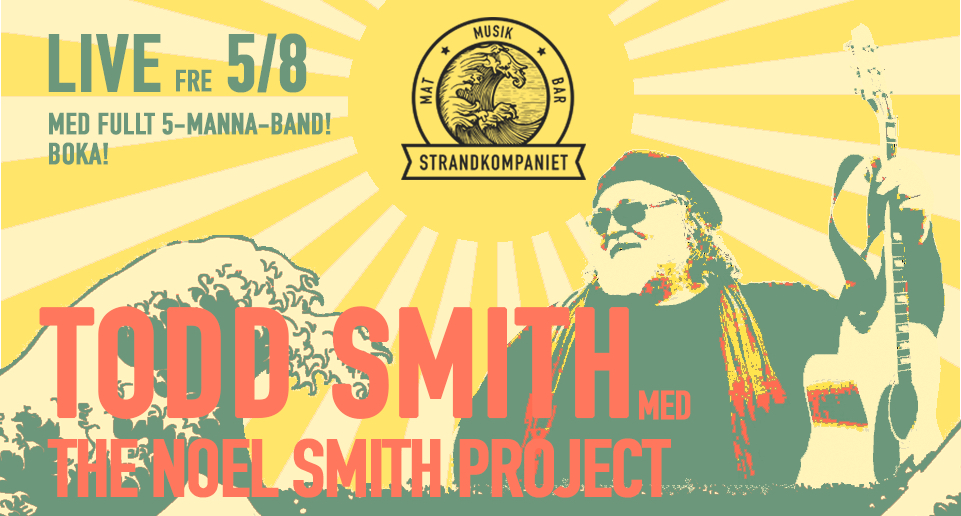 Noel, or Todd, has performed for many years at venues, throughout Northern Europe and the U.S.A. He comes from a family of musicians. Noel’s interest in music, began early in his childhood. He sang for several years in The Southern Baptist Church Choir, Tiline, Kentucky, from the age of six.

As a teenager, Noel moved with his family to Newburgh Indiana, where he began singing with local rock and pop bands. At the age of 18, Noel moved to Sweden with his father, composer / pianist Michael Joseph Smith. In Sweden, Noel met many talented and interesting musicians who expanded his views both on. life and music.

22 years old, he met his now friend for life and colleague, singer / songwriter Per A.W. Larsen and together they formed the acoustic duo ”Smith & Larsen”.
“Smith & Larsen”. For more than 15 years, the duo performed with tracks by their favorite artists and original tracks. They played on university campuses, pubs, private parties of all kinds, festivals and theaters.

Noel now has a new group consisting of guitar / vocals, piano and saxophones with a very competent group of musicians. Noel Smith Project. NSP is planning recordings and performances in the near future and is already recognized as an interesting and competent group.

Noel and his years of experience with live performance assure that the listener will enjoy a pleasant evening with pleasant sound and great music.